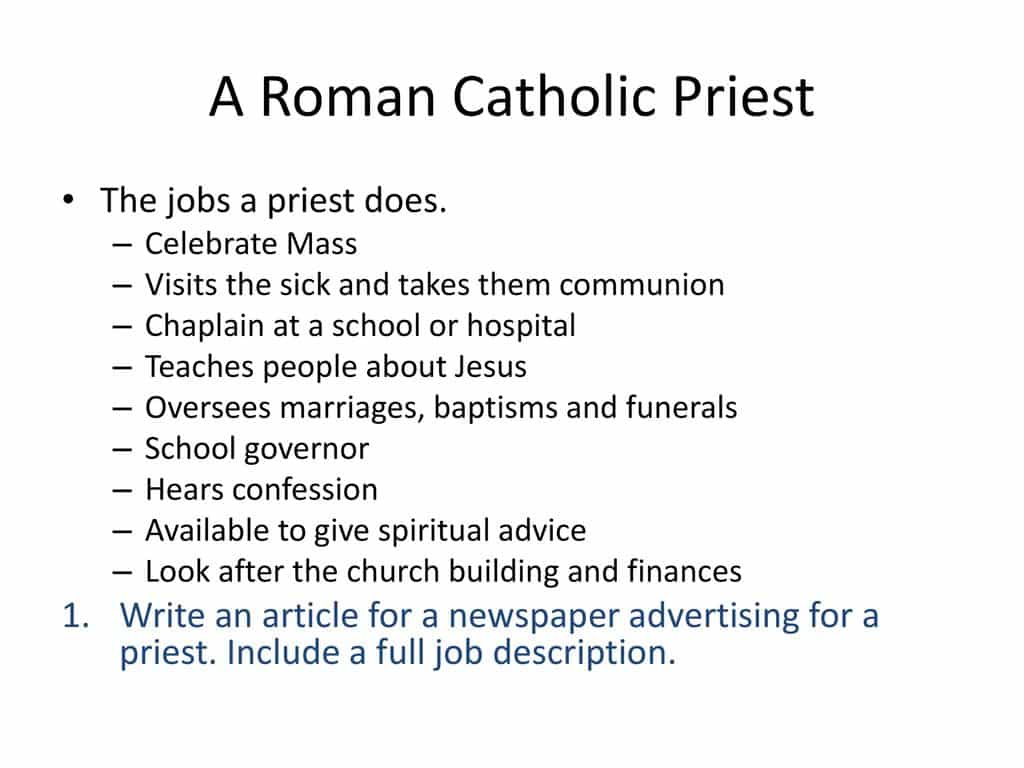 A priest is defined by the dictionary as a person, usually a man, who has been trained to perform religious duties in the Christian Church, especially the Roman Catholic Church; or a person with particular duties and responsibilities in some other religions. A priest may be called by another name in some other religious organizations, but somehow, duties and responsibilities may be similar in nature. The priest is revered as the representative of the church and is usually accorded with great respect from religious and community groups.