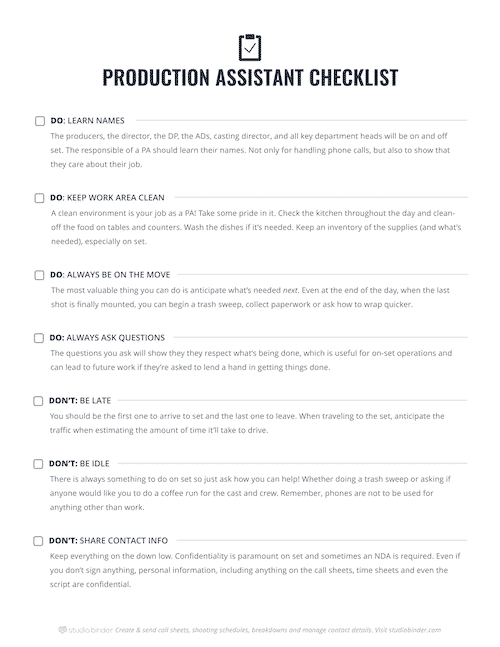 Film production assistants are required to follow the instructions of producer, director and other staff at the film set. This is an entry level position and may require carrying out a number of tasks such as assisting the cameraman, make up artists, shuttle crew, etc. One does not require a specific degree in order to get into this position.