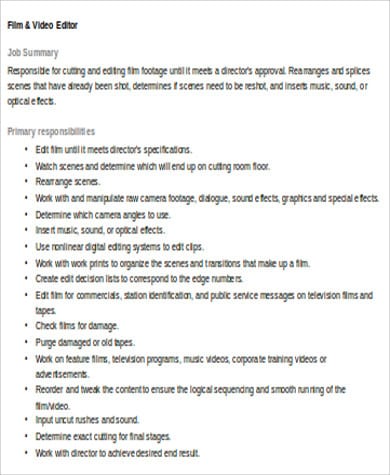 Film editor is responsible for collecting raw material and assembling it to reach to an end product which can be used for broadcasting. They group the dialogues with sound effects and graphics, provide special effects and add certain other things to make a film complete. Film editor must be skilled in working with digital technology and making the most of it to create a good piece of work.