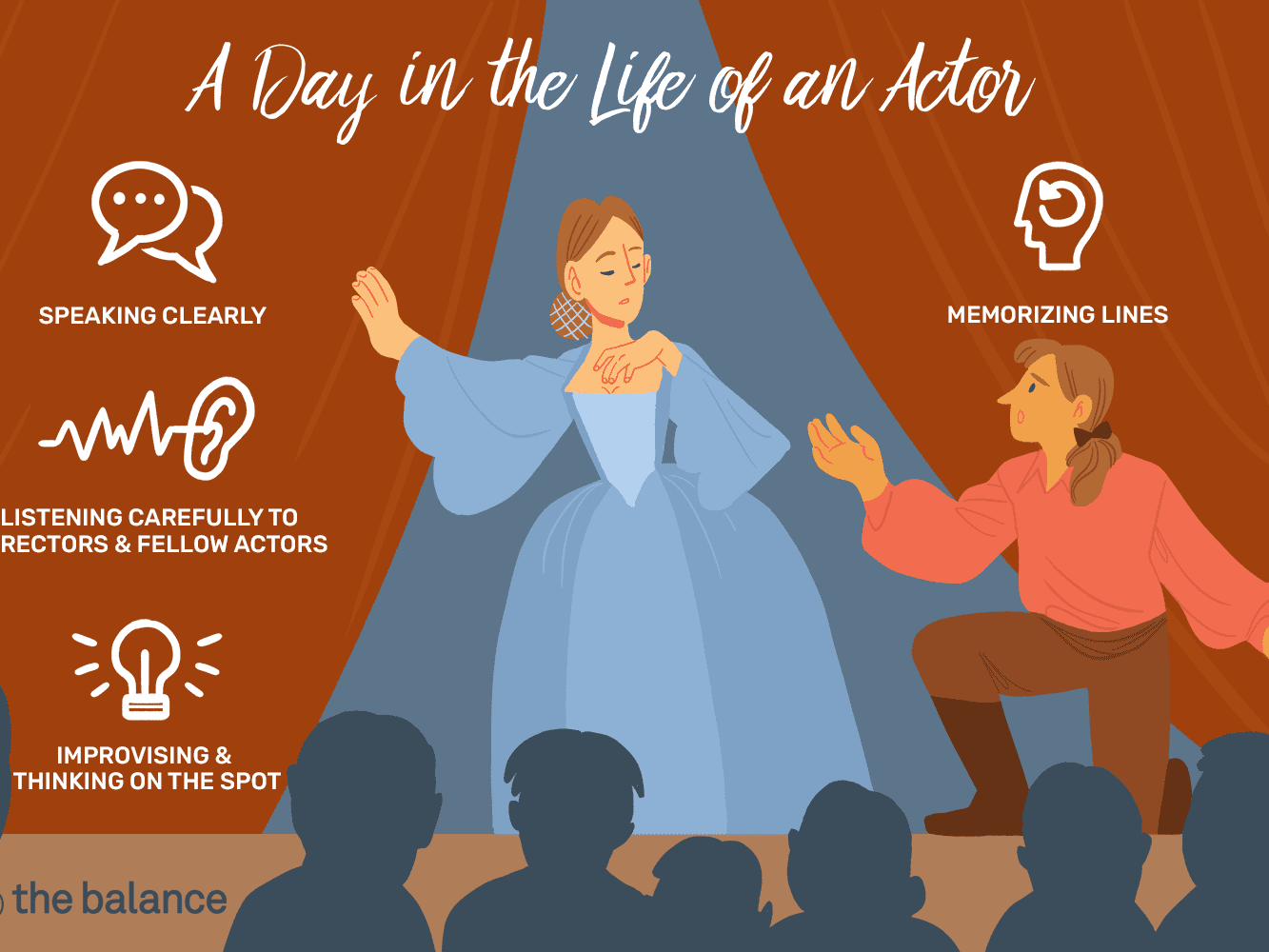 The main responsibility of an actress is to translate the directors or writer’s fictitious character into a lively character with exclusive set of accent, gestures, movement, dialogues and body language.

Generally, the actresses perform on stage, television, radio and motion pictures to entertain, inform or instruct audiences. Depending upon story, the actress should interpret a role through training and rehearsing.

– Capture the attention of audience by enacting a fictitious character.

– Ability to make the audience cry and laugh.

– Ability to make the audiences become shocked, scared and excited.

– Do voice over or narrate for video games, animated movies, advertisements and audio books.

– Should be able to sing, dance and play musical instruments.

– An actress must be well educated and should be familiar with literary works.

– When called upon, an actress should be able to perform stunts and strenuous activities.

– Ability to convince the audiences that they are themselves a character portrayed by actress.

–  Ability to act in any kind of roles like comedy or matured roles.

– Required to work under several conditions or circumstances.

– Should rehearse dialogues and present it as directed.